In history there have been many individuals who tried to strike it rich by thievery. Famous paintings are probably some of the worlds most expensive pieces of canvas you’ll find, where a piece of famous art, like the Mona Lisa can cost more than most medium to small sized businesses. There were many formidable art heists in the last few centuries but we’ve compiled a list of the top 10 and compiled it into an infographic for easy consumption.

1. Musee de Louvre, Paris: In 1911 Leonardo da Vinci’s “Mona Lisa,” worth 743 million U.S. dollars, was stolen from the Musee de Louvre in Paris. It was later found in Italy and returned to the Louvre in 1913.

2. Isabella Stewart Gardner Museum, Boston: On March 18, 1990, 13 pieces of art were stolen from Isabella Stewart Gardner Museum. Among the stolen artworks is Rembrandt Van Rijn’s famous masterpiece, Storm of the Sea of Galilee. The painting alone is worth $3.4 million, a fraction of the total value of the stolen paintings. Total value of paintings cost $400 million.

3. E.G. Bürle Foundation museum in Zurich: In Switzerland, on Feb. 12, 2008, the most valuable piece in the museum’s collection, Paul Cézanne’s “Boy in the Red Waistcoat,” was stolen. The four paintings together are worth approximately $163 million, making it one of the biggest art thefts ever in Europe.

4. The Musee d’Art Moderne Heist: 5 paintings were stolen in the morning of May 20th 2010; one man broke through the window and expertly took the paintings down from their frames, including Pablo Picasso’s Le Pigeon Aux Petits Pois, or The Pigeon with Green Peas. Finished in 1911, the painting was worth over $30 million alone. Total Value of the stolen paintings was $123 million.

7. The Van Gogh Museum Heist: In December 7, 2002, two master thieves broke into the Van Gogh Museum at precisely 8:00. They took two paintings: the View of the Sea at Scheveningen and Congregation Leaving the Reformed Church in Nuenen both by Vincent Van Gogh. The paintings’ combined value amounted to $30 million.

8. The Kunsthal Museum Heist: In October 2012, thieves broke in at the Kunsthal Museum in Rotterdam, The Netherlands and grabbed 7 pricey masterpieces by notable painters of our time, including works of Pablo Picasso, Claude Monet, Henri Matisse, and Lucian Freud. The total value of paintings is $24 million. 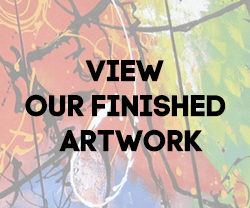 CanvasPaintings.com is a leader in providing hand painted artwork at affordable prices. Our goal is to bring hand painted canvas art to every home, while also contributing to the worldwide network of amazingly talented artists from every country.

Mobile version: Enabled
Back to top

Use the search box to find the product you are looking for.

No products in the cart.